The Ziovia CS510 Media Streamer differentiates itself from the crowd by offering the ability to stream high definition content from your computer to your HDTV via an HDMI or component connection, and also features optical and coax digital audio outputs. The box can wirelessly stream files to your tv in 720p resolution using its built-in 802.11G Wi-Fi connection. 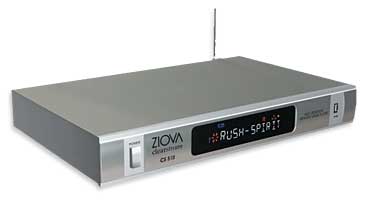 Pricing and availability have not yet been announced.