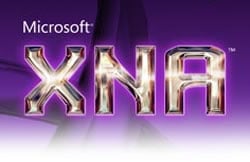 Microsoft today released the Beta of their XNA Game Studio Express software development kit. The SDK will allow independent developers to create games for Windows Vista and the Xbox 360 (soon).

Now you still have to know how to program in C# in order to use this software, so it’s not for the uninitiated. You can download the XNA Game Studio Express Beta here. The initial version targets the development of Windows games, but the final version, due this holiday season will will allow you you develop Xbox 360 games as well if you join the “XNA Creators Club,” which costs $99 per year.