PlayStation Magazine has published an unconfirmed report from unnamed sources that state that Sony is working on a new model of the PlayStation Portable (PSP) for release in 2007. PSM’s Editors believe that the upgrade will be a revision of the existing hardware at the same retail price as the current model. 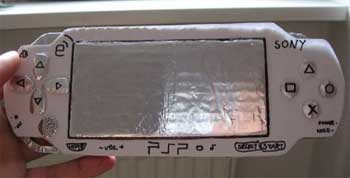 Some of the revisions, according to PSM, include “a large amount of 8GB flash memory chips, which are to be built into the new PSP.” The system is also rumored to be less bulky than the current PSP (can anyone say “PSP Lite?”), and will incorporate an EyeToy-esque camera. A slot-loading UMD drive is also expected, but I wouldn’t be surprised if we see some flash-based games in the future, given the speed issues with UMD. While I really think that two proper analog controls (or two digital joypads) would make a huge improvement in the gameplay experience, PSM’s report puts the kaibosh on that dream.

That all said, it is all speculation, so take it all with a big grain of salt.