While using a small amount of hard disk space to cache a portion of game content is a trick long used by the Xbox 360 and pretty much all PC games, it’s been revealed that some PS3 games would be using a very significant portion of the console’s hard drive to speed performance. 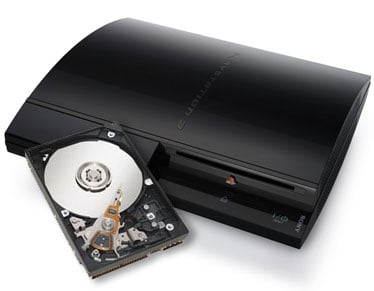 For example, Ridge Racer 7 will use up to 5GB of hard disk space to speed load times, while Genji will use about 4 GB of space. Sony is says there will be an option to copy game files to to console’s hard drive when you first install a game. After this initial installation procedure, games should load significantly faster. Obviously, the real issue here is the amount of available drive space. With the $499 model touting a paltry 20GB hard drive, you’ll only be able to pre-load a handful of games before running out of disk space. The $599/60GB model will fare a bit better, but if you plan on downloading music, videos and game content, I’ll bet our drives will be full before we know it. I’ve long theorized that the high capacity of Blu-ray disks, combined with the fact that it’s a first-generation technology would result in slow load times for the Playstation 3. I’m guessing that’s the reason that so much content will need to be offloaded to hard disk.