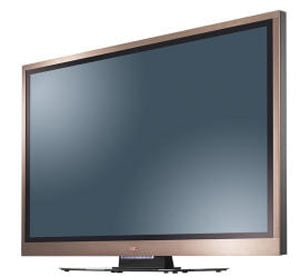 Scheduled to hit store shelves in February, the Vizio VM60P will feature a 60-inch diagonal panel running at WXGA resolution (1366×768). The display features all of the bells and whistles included in their 50-inch model, such as Faroudja DCDi video processing and color tweaking capabilities. The set also features a whopping four HDMI inputs and can accept 1080p signal sources (scaled down to the displays native resolution, though).

If you’re in the market for a large display and thought your only choices were RPTVs, you might want to wait a few weeks to check one out of these displays.