Electronics manufacturer Axion has announced the details of their new portable IP-based television, to be shown at next week’s CES show in Vegas. 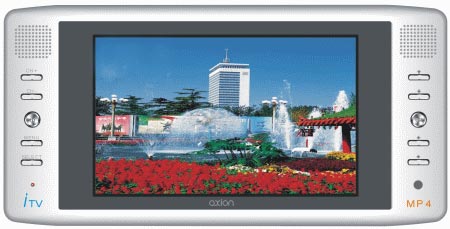 The Axion AXN-8017 iPTV will feature a 7-inch widescreen LCD, along with hardware that will stream your home television, cable, satellite, DVR or VCR programming (