At this week’s CES show, Sony showed off an OLED TV with that claims to have an unbelievable 1,000,000 to 1 contrast ratio. From the looks of the photo below, (taken by the folks over at Engadget,) the contrast does look pretty darned impressive: 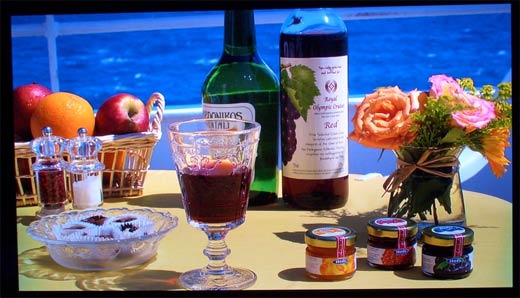 The 27-inch prototype’s organic light emitting diode panel also features a wider than NTSC color gamut and full 1080p resolution. While I’d be surprised if anyone has lab equipment that could even affirm Sony’s contrast ratio claims, I’m still taken aback by the quality of the image. Since OLEDs actually directly emit light, they can theoretically display much richer colors than backlit displays like LCDs.

Of course, we’re still quite a way off from seeing large OLED displays in real world applications, due to the typically short life span of the organic compounds used in their manufacture. For instance, the blue component of OLED displays typically only lasts for about 5,000 hours (about 1/10th the life of a typical plasma screen.) Recent advances have made some strides in improving the lifespan to as high as 20,000 hours, so there is hope for the future of OLED as a display technology.