After you sit around waiting for SEGA’s new Sonic game to load, nothing is more relaxing than a nice foot massage. Well, at least that’s what the game maker has got in store for visitors to one of their arcades in Shibuya, Japan. 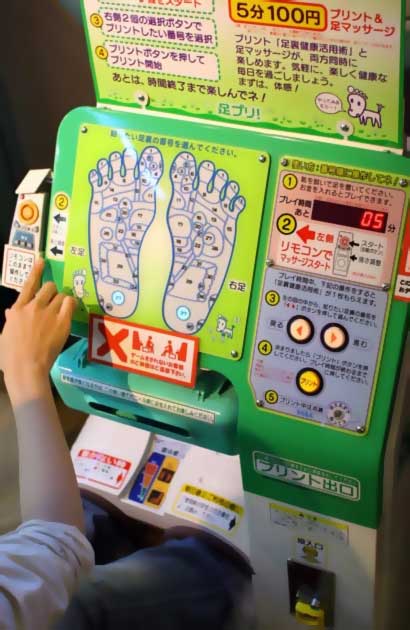 According to a visitor to the arcade:

…there is a Sega arcade in Shibuya that has this bizarro Sega-made foot massage machine called Ashipuri. You insert your money, stick your feet in, select the part of foot you want massaged and then enjoy five minutes of bliss, making it better value for money than the Dreamcast version of Dynamite Cop. Kind of. Also I think it plays some sort of Sonic music…

What will they think of next?