A little while back, I told you about Sony’s forthcoming round VAIO TP1 home computer. Now Sony has announced an additional wheel shaped component that lets you receive HDTV broadcasts and pipe them into a media center PC. 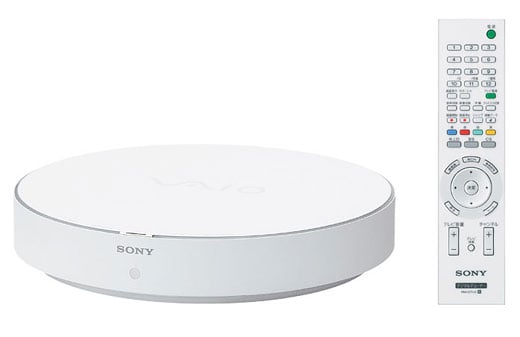 The Sony DT1 is a stand-alone television tuner that can tune both analog or digital broadcasts, but also integrates with media center PCs such as the round VAIO TP1 to provide HD DVR capabilities. You can even burn recorded programs to DVD on an attached Media Center PC. You’ll also be able to watch live TV on connected PCs. The DT1 tuner should run about $400 bucks, and is slated for release in Japan any day now.