Major Nelson, Microsoft’s inside man on all things Xbox, is reporting that after numerous delays and much anticipation, the downloadable demo of Crackdown will be hitting the Xbox Live Marketplace for download on next Tuesday, January 23rd at 2:00 Pacific Time. 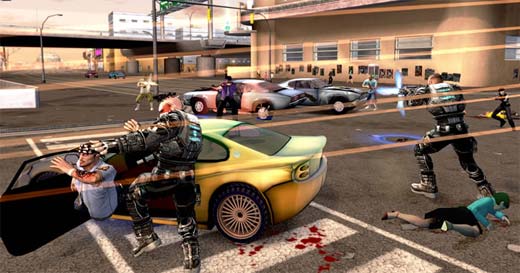 Crackdown is a 3-D action/driving game, from the original creator of the Grand Theft Auto series, Dave Jones. The game features “M”-rated action in urban sandbox environment like the GTA titles, but integrates more advanced futuristic weapon types, superhero-like powers and the ability to use almost any item in the environment as a weapon. In addition, it’s supposed to offer a strong co-op play mode so you can share your mayhem making with your friends. The full version of the Xbox 360 exclusive is slated to be released on February 20th.