With all of the universal remote controls out there, it’s getting pretty tough for remote makers to differentiate themselves. This new remote from Sunwave does a good job standing out from the crowd by offering multi-color LED backlighting for its touchscreen interface. 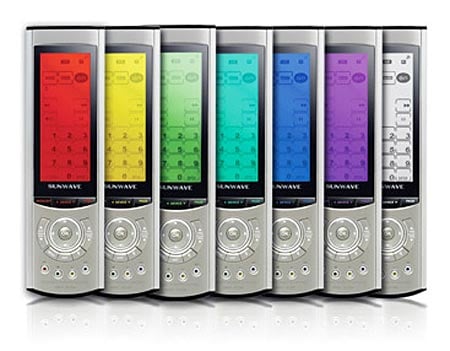 The Sunwave SRC-3200 lets you choose from 7 different backlight colors and an LCD touch panel display that only shows relevant buttons for the current device. It also features such conveniences as a motion sensor that automatically turns on the backlight when picked up. The learning remote has 512k of flash memory and can store 2 pages of soft keys each for up to 8 devices. In addition, it features a nice aluminum case, instead of the cheap plastic one found on most remotes. The remote will also offer PC based software and the ability to upgrade firmware.