The Only Way to Play Virtua Fighter 5

The SEGA Virtua Stick High Grade Controller is a must buy if you’re serious about your fighting games. Originally available only in Japan, the controller is available worldwide from importer Play-Asia, so you can play with the big boys now. 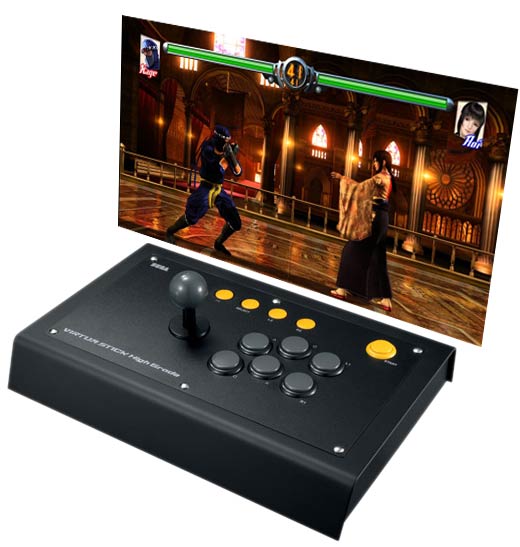 The $79 controller features a serious arcade-quality (analog) joystick and buttons, and build quality is solid and substantial. It’s so heavy that overseas shipping will set you back over 40 bucks, so don’t expect this thing to slide off of your lap.

Since it’s USB-based, you can use it on your PlayStation 3 or on a PC (it’s said to work great with MAME.) It’s possible it’ll work on the Xbox 360 too, but only time will tell on that. Keep in mind that the PS3 only supports the SIXAXIS controller on PS2 games, so you won’t be able to use it to play your older games.