Without a doubt, the theramin is one of the oddest musical instruments ever invented. Usually heard cranking out spaceship sounds in 1950’s B-movies, it’s otherworldy sounds are unmistakeable and truly quirky. 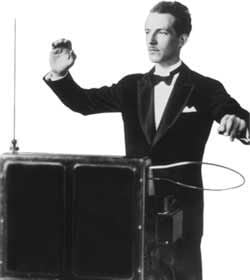 So it is with much glee that I bring you the Wii-mote powered theramin, playing the inimitable Theme from Star Trek.

By connecting his Wii remote with a laptop and special synthesizer control software, hacker Gianni Proietti managed to control his Moog synthesizer to crank out some serious sci-fi sound effects. While it’s not truly a theramin in technical terms, it’s close enough for rock-and-roll.