Just a few weeks back, Microsoft introduced their Surface tabletop multi-touch computer. Now Microsoft Research is showing off a prototype of a multi-touch interface portable computer. 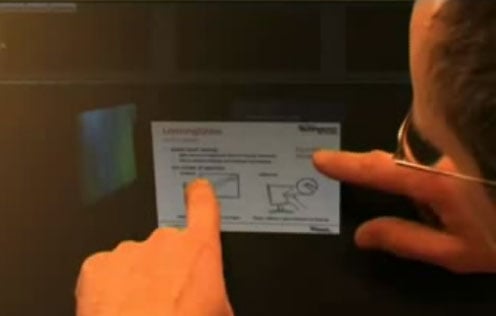 By hacking some infrared sensors through the back of a standard laptop display, they’re able to track the locations and pressure from multiple finger locations. As an added benefit of the infrared technology, the interface can also be manipulated with a simple remote control pointed at the display.

A gesture-based user interface application then allows for manipulation of objects much in the same way that we saw with Surface and on Apple’s upcoming iPhone.

Each time I see another one of these tech demos, it becomes clearer to me that multi-touch interfaces have the potential to replace (or at least significantly augment) the decades-old mouse as our means of interacting with computers.