The brilliant minds of industrial design firm Sonic Design came up with this design for an iPod-inspired bottle opener called the iDrink. 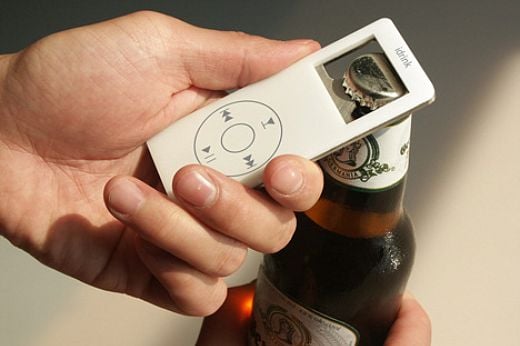 In keeping with Apple’s DRM (Drinker’s Rights Management) policies, the iDrink opener will only open bottles which have been purchased from the iDrink store (99 cents each). In addition, the opener features a built-in battery pack that can only be changed by the manufacturer.

While Sonic hasn’t officially revealed whether or not they plan to sell these, I have it on good authority that they will initially sell for $5.99, then drop in price by $2.00 about 2 months after release.