This upcoming remote control from Philips’ embraces the whole “bigger is better” concept with a vengeance. 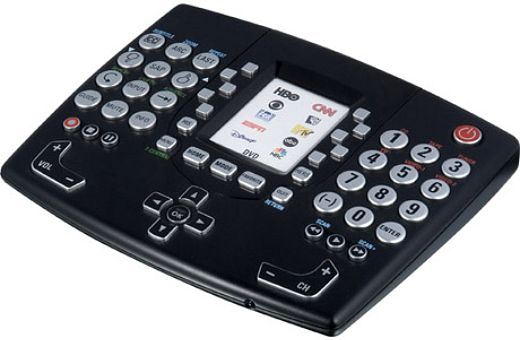 To me, it looks like the Prestigo SR-M8015 is about the size of three small remote controls smashed together into one larger device. The remote will control up to 15 discrete components, and offers a color LCD screen in the middle that offers access to a handful of user-configurable buttons.

The humongous tablet-sized remote offers a bunch of physical buttons instead of the “soft” buttons that plague so many universal remotes these days. While I’m not crazy about the fact that you’ll need two hands to use this behemoth, I do like lots of real buttons on my remotes, so I can control things by touch instead of sight.

No release date has been announced, but the remote is expected to retail for under $150 whenever it does come out.