This week, a handful of us bloggers had the opportunity to hang out at EA’s sprawling headquarters in Redwood Shores, CA to meet with the team that created the new MySims game for the Nintendo Wii. The game is a total reinvention of the Sims franchise, extracting a little bit of the essence of the original series, but in a brand new game that’s decidedly more accessible to the whole family.

Unlike many other EA titles, the team didn’t set out to make a big cross-platform game, rather something intended purely for Nintendo consoles. The first thing you’ll notice about MySims is the cartoony style of the characters. EA made a conscious choice to make them more exaggerated and expressive than the more realistic characters in prior Sims games. While they may look similar to Nintendo’s “Mii” avatars, they’re not interchangeable with one another. 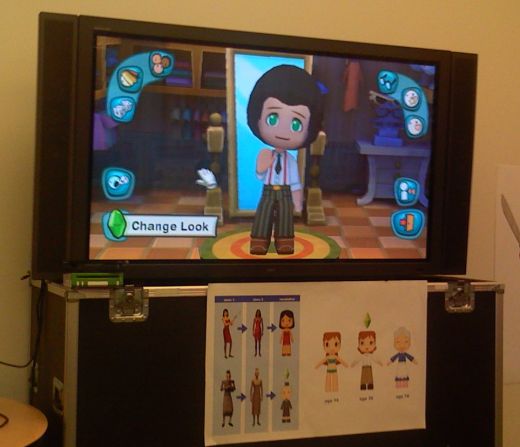 Rather than controlling each individual resident of the town, you’ll control a single, central avatar that you create. There’s a tremendous amount of control over the details of your mini-doppelganger, from hair to skin color to clothing, to eyeglasses and other accessories. You can even adjust the tone and pitch of your character’s voice. You can change these attributes at any time, and once you become “friends” with other characters you can change their looks too. My favorite feature in the character editor has to be the randomizer, which produces some really funny and weird looking folks. 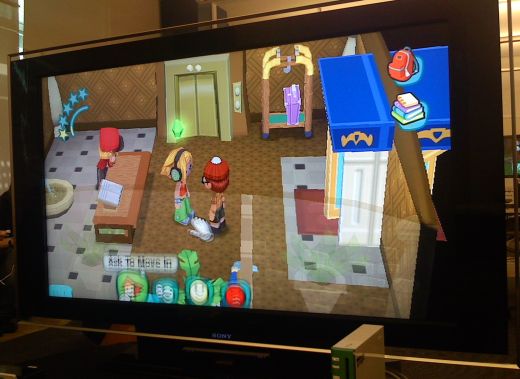 Besides your character, all of the other residents of the town are NPCs (non-player characters) who you try to befriend (or offend). You’ll interact through actions like being nice or mean to them, and offering them items for their homes. There are about 80 unique NPCs in the game, but since you can only have 27 live in your town at any given town you might not see them all at first. New NPCs show up at the town hotel, and you can invite them to stay if there’s room. Otherwise, you’ll have to kick out another resident to make room for the new character (which makes them very sad indeed). 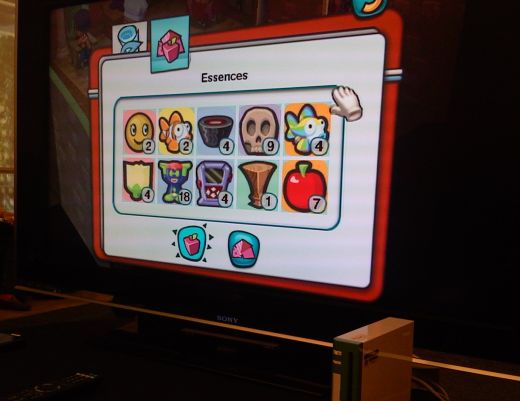 At the core of the game is a concept called “essences”. These are the primary currency of MySims and influence everything in the world. Essences include “Cute”, “Geeky”, “Studious”, “Spooky”, “Tasty” and “Fun”. Each NPC has a couple of essences that they really like, and one that they don’t. So for instance, if you build a cute house for the “spooky” goth kid, you’ll make him upset. On the other hand, if you build him a haunted house, he’ll be your best friend. Essences also influence what kind of characters move to your town.

While the game is mostly an open sandbox for experimentation, there’s a simple narrative structure to the game, putting you in charge of a down-on-its-luck little town, with the goal to bring back its former glory. As the overall quality of life in your town improves, new characters move in, asking you to complete some RPG-esque side quests. Each quest asks you to build objects that meet certain design objectives, as well as to include certain essence-giving objects. The cool part is how the game leaves it up to your own imagination exactly how to meet those demands. You’ll do plenty of exploring to get the components needed to fulfill their demands, and this is where your creativity really comes into play. 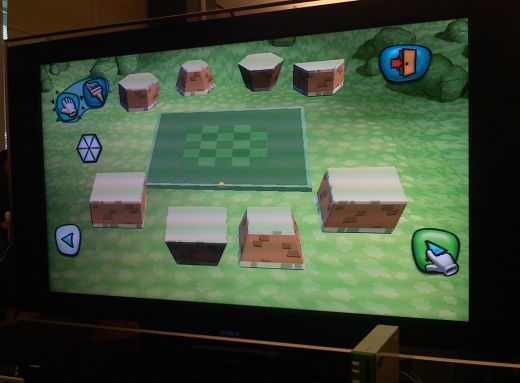 In addition to the robust avatar editor, there’s a house-building tool and a object construction tool. All are easily controlled using the Wii-mote and Nunchuk, although you’ll probably be happier sitting down to build stuff as it requires some precision. You’ll use a variety of primitives to make your own crazy and artistic creations. The only real downside to the construction system is that you can’t share your creations online, which seems like an obvious omission to me, likely due to limitations in Nintendo’s current online capabilities. Regardless, if you have friends over, it’s great fun to create and share with them on screen then. We all sat around the monitor and had a good laugh as I made some absolutely hideous furnishings, and dressed my characters in gaudy baubles. 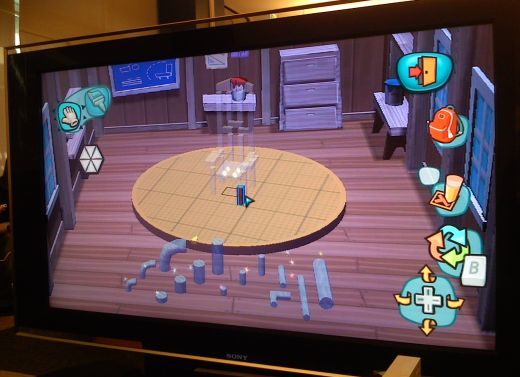 While I was only able to make some pretty simple homes and furnishings with my feeble skills, it’s clear that with patience and time, you can build insanely complex objects. As you move through the game, you earn more building blocks and decorative objects which let your creations become more complex. Think of the game like a giant set of LEGO blocks that gradually rewards you with new parts to play with. 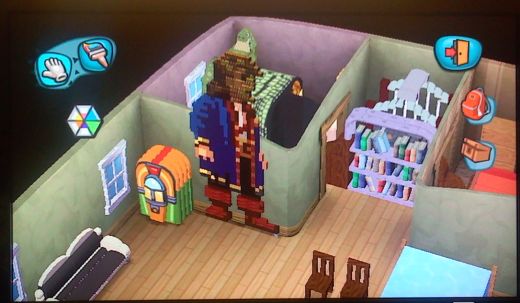 Since this is the first truly family friendly Sims game, you won’t be able to set your residents on fire, let them die of starvation, or watch them have virtual sex. Sure, you can make them upset or make them act goofy, but they won’t be dropping dead on you. For those of you who want to torture your Sims, this game isn’t for you. 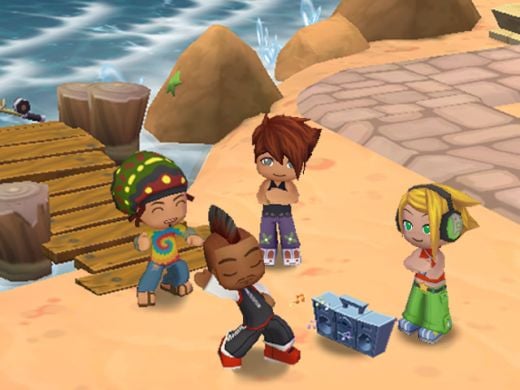 For those kinder of heart, MySims looks like it could be a really fun way to spend time creating. While on the surface, the game exudes cuteness, it’s actually quite deep, and it really was a blast to play.

MySims for the Wii ships on September 18th.