HP today revealed a prototype for a new handheld video game system which would take cues from your real-world environment and embed them into the game play. 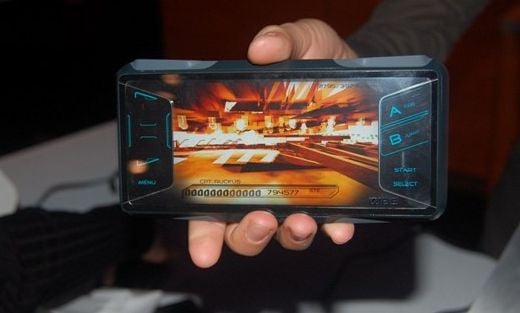 The Mscape concept allows you to use the portable gaming device as a “lens” to the world around you, superimposing interactive elements into the scene in real time. For instance, you might be looking down a city street, then hold the device up to see a virtual dragon attacking you on the screen, you’d then duck out of the way and the game would respond to your physical actions. It’s a lot easier to understand if you watch this video clip provided by HP.

The Mscape would use a combination of motion sensing, GPS and other technologies to understand its context in the real world. Certainly this isn’t the first “augmented reality” system I’ve seen, but it’s the first portable gaming device to embrace the concept. The general idea is kind of cool — if not a little impractical — the first time someone gets run over by a bus while they’re playing with one of these in the street, the lawyers will kill it.

HP hasn’t revealed if and when the technology will be brought to market.