What would you say to a video game console that’s not controlled by a joystick, a mouse or even a Wii-mote, but instead by the relaxing touch of massage? 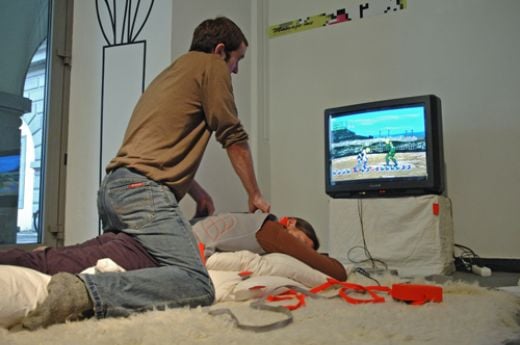 The Massage me jacket lets the person giving the massage get their game on while the person receiving the treatment gets to chill out. More intensive massage results in better game play, motivating the masseur to give a good rub down. According to the designer of the device “Otherwise wasted button-pushing energy is transformed into a massage and the addicted game player becomes an inexhaustible masseur.” 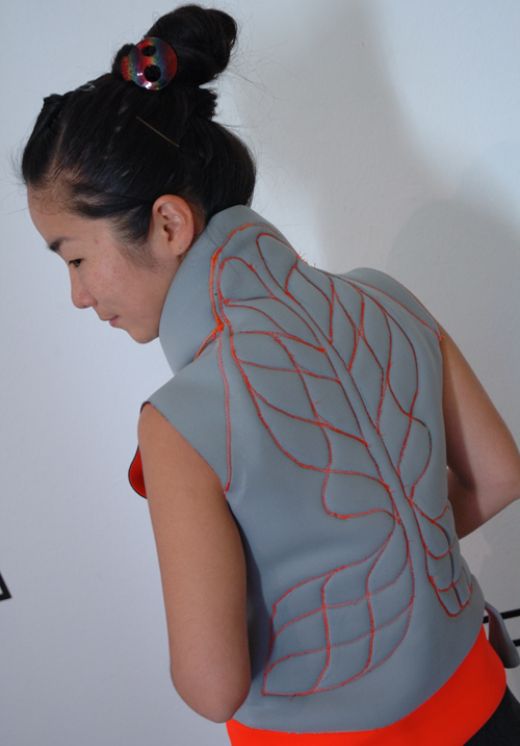 Numerous pressure sensors are built into the jacket, converting massage into control signals for a video game console.

Since the jacket really just works in place of a traditional gamepad, it works with many off-the-shelf games. I’d imagine that “button-mashers” like fighting games are best, while first-person-shooters probably wouldn’t work all that well. I wonder if Dance Dance Revolution would work best if you walked on the person’s back?