This might look like a real guitar and amplifier, but it’s actually an MP3 player. The uRock is a tiny little guitar that stores your MP3s along with a matching mini amp that’s lets you play back your tunes out loud.

Each uRock player is an incredibly detailed replica of a real guitar and amp, and includes a little guitar stand. They even throw in a carrying lanyard and a guitar pick so you can do a little air guitar while your music plays. 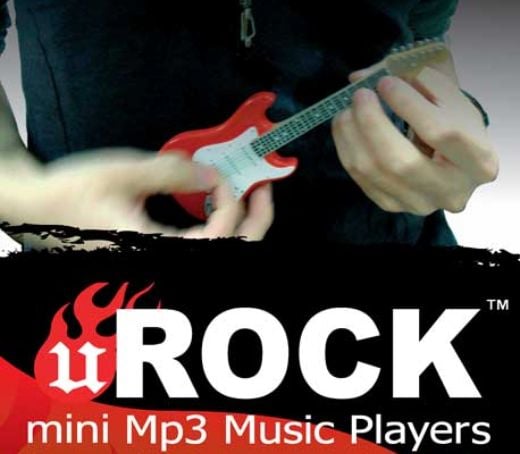 The player supports both MP3 and WMA format files, and can be recharged via a USB connection. At just 1GB, the uRock doesn’t have a ton of storage, but its fun design more than makes up for its storage shortcomings