This could very well be the best home arcade cabinet of all time. Not only does it include a fully decked-out arcade emulation system, complete with real arcade controls, it also happens to have a kegerator built in. 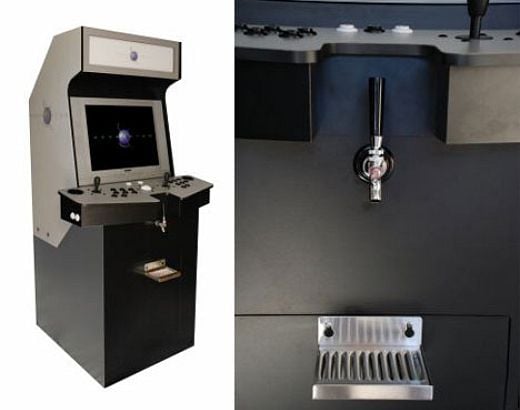 That’s right. In between rounds of Dig Dug and Space Invaders, you and your buds can grab yourself a tall cold one. The Gamerator comes loaded up with over 180 licensed arcade classics, but can also be connected to a game console of your choice. But who am I kidding? A few frothy brewskis and you won’t care if you’re playing that arcade game based on the rock band Journey or Michael Jackson’s Moonwalker.

In addition to the systems authentic arcade joysticks, buttons and trackball, there’s also a generous 24-inch LCD display for you to get your game on. But the best detail is the two cupholders embedded right next to the controls so you can enjoy you can keep your buzz going while you play.

You can find the Gamerator is floating around on eBay right now for a starting bid of two grand. Expect the price to rise from there.