Now you can combine two of your favorite addictions, video games and sugar in one delicious package. The hyperglycemics over at Candy Addict (who knew such a blog existed?) recently stumbled upon this Wii-mote controller, chock-full of tasty confectionery goodness. 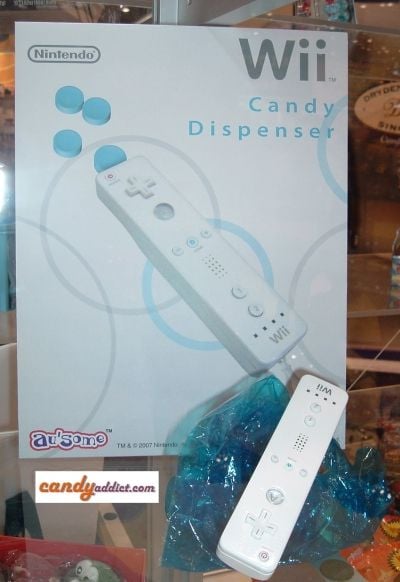 The candy-filled remote is made by a Au’some Candies, known also for cranking out other Nintendo-inspired treats like a Gamecube stuffed with sweets, a GBA brimming with bon-bons, and these awesome fruit-flavored Mario, Donkey Kong, Zelda and Yoshi Jelly Pops.

There’s nothing like a little dose of C12H22O11 to keep you up for a late night gaming session. Just add a little Super Mario Energy Drink, and you’ll be buzzing like a bee.