Actually, it’s more like a luggable. This custom-modded Xbox 360 has an LCD monitor embedded into its side, making it ever so slightly portable. Why you’d want to play your beautiful high-definition next-gen games on a tiny monitor is a mystery to me, but whatever floats your boat, I say. 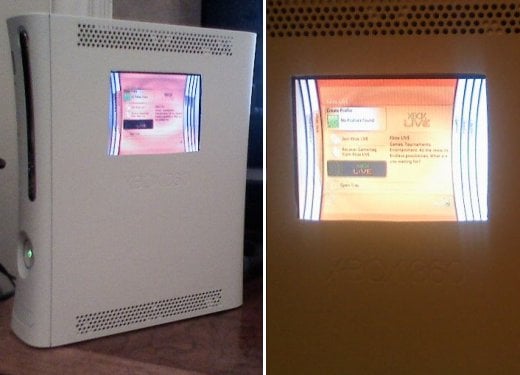 Now I’m not exactly how you could cram an LCD monitor inside the Xbox 360 case without everything melting from the intense heat, but I’ll leave the answer to that to the casemodding experts.

If you’re interested in owning this oddity for yourself, be sure to check out the auction over on eBay. (Buy it Now price is $799). Personally, I think I’ll stick with one of Ben Heck’s actual 360 laptops [1, 2].