In a multi-iPod/iPhone household like mine, this device looks like it could be a godsend for tidying up the rats’ nest of cables on our kitchen countertop. Here’s a single charging dock that can recharge up to four iPods or iPhones simultaneously. 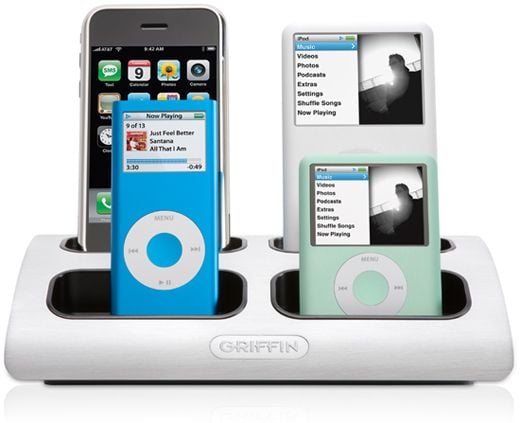 The new Griffin PowerDock will come in both a two-dock ($50) and a four-dock ($70) model, and they should support all iPods with a 30-pin dock connector. Expect the quad version to ship this April, and the dual to hit in June.

If you’re looking for a multiple dock with a stereo built in, be sure to check out the forthcoming JVC NX-PN7 dual dock sound system.