Just the other day, I showed you guys a really crummy PS3 knock-off, but I think this videogaming oddity surely trumps that one. This strange little console can’t decide whether it wants to be an Xbox, a PlayStation 2, 3, or something else altogether. Heck, it even has those classic 9-pin controller ports you’d find on an Atari 2600 or Commodore Vic-20. 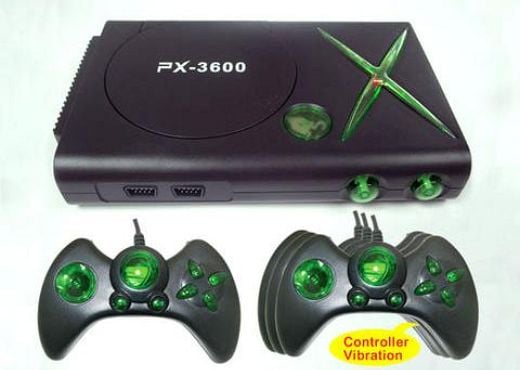 Made by Hong Kong’s Cheer-Tech Industries, the weird console incorporates visual elements from several modern consoles, but avoids the copyright police by tweaking things just enough that the design is unrecognizable (albeit totally derivative). 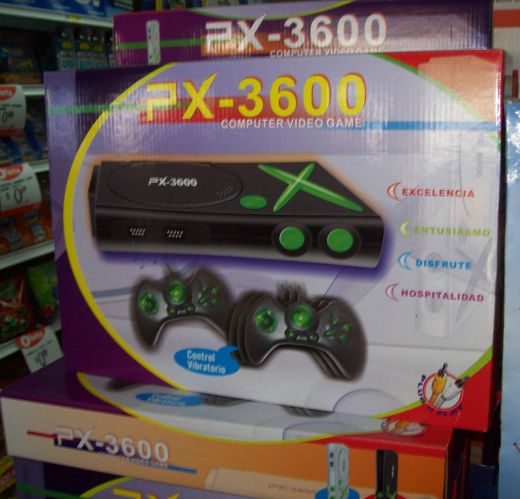 All I can say about the PX-3600 is that it probably won’t play games from any recent console, at best it might play some bootleg NES/Famicom titles, but I’m not even sure that it’ll do that well given the looks of this thing. In addition to playing a handful of built-in games, the console comes with two controllers, one with rumble, and the other that without. How odd.

The good news is that you can only buy these wholesale lots of 1000 or more, and I don’t think you’ll have to worry about finding these down at the local Wal-Mart any time soon.