Wii gamers rejoice! It was only a matter of time before it happened. EA has gone on record to say that the insanely popular Rock Band franchise is on its way to Nintendo’s great white console. 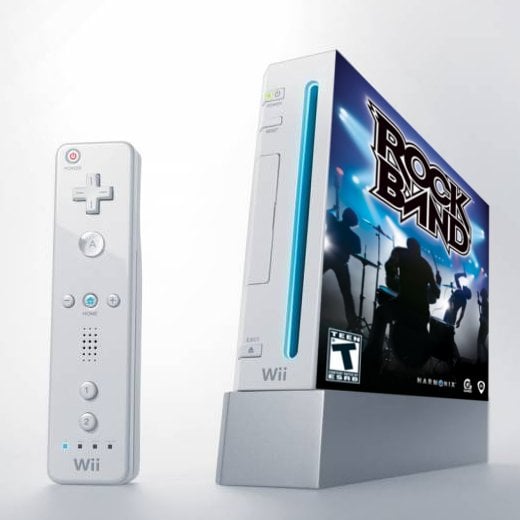 In a third-quarter financial conference call today, Electronic Arts CEO John Riccitiello mentioned in passing that Rock Band is currently in development for the Nintendo Wii.

No release date or pricing was revealed, but I’d say we’ll see it this Fall, so EA can take full advantage of the 2008 holiday season. Stay tuned for more details.