While I’m not a huge fan of many of those old full-motion-video (FMV) games, I have to keep a place in my heart for Space Ace, a surprisingly entertaining FMV laserdisc-based game created by some of the industry’s most respected animators. 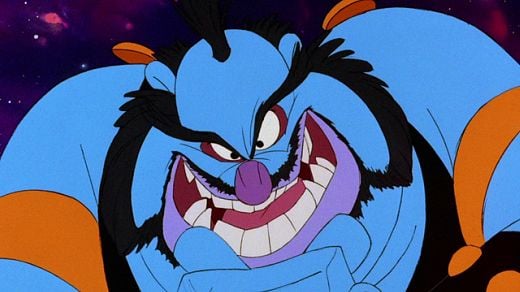 While the game has been resurrected numerous times on everything from CD-ROM to DVD to PC, this is the first time it’s making its way to true high-definition disc formats. 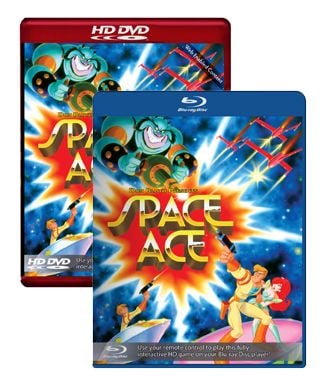 Bucking the recent industry trend of Blu-ray only releases, the classic title will be hitting both Blu-ray and HD DVD formats, and will support widescreen Full HD (1080p) resolution. The game has been lovingly restored and remastered from the original film footage, and pumps up the volume with an enhanced 5.1 surround soundtrack.

Expect the title to include interactive gameplay using your video player’s remote control (or your PS3 controller), as well as picture-in-picture commentary by the games original creators Don Bluth, Gary Goldman, and Rick Dyer.

Space Ace should hit stores on April 8th for a rather pricey $49.95. Digital Leisure has started to accept pre-orders now. While you’re there sure to check out Bluth’s other classic, Dragon’s Lair in high def if you haven’t already.