Ever wonder what a Mario game would have looked like if it came out on the Atari 2600 instead of the NES? The guys over at Geekstir dug up this great clip which shows off what that serious visual downgrade would have done for the game. 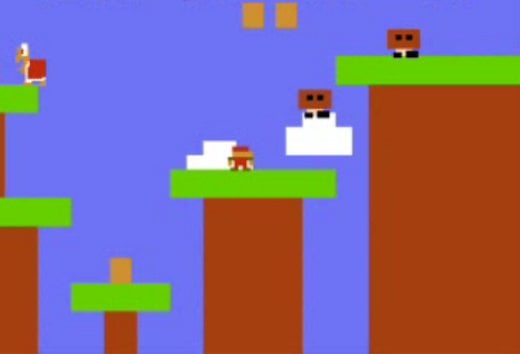 Imagine a world where you can barely make out the difference between the blocky little plumber and his squared off foes. Beavertron Entertainment’s re-imagining of the classic Super Mario Brothers does a pretty good simulating what the 2600 version might have looked like.

While it’s not perfectly accurate (there’s no way the 2600 could have produced those original NES sounds or the relatively crisp text at the top of the screen), but it’s still fun to watch.