Reppo Ii Backpack: Boombox on Your Back

This modern backpack is sure to draw attention as you walk down the street — especially if you’ve got the volume cranked up. You see those big black patches? They’re loudspeakers. 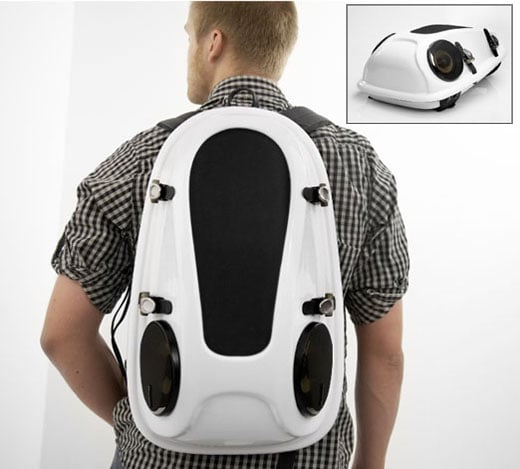 Created by industrial design student Joonas Saaranen, the Reppo II backpack features a built in pair of full-range speakers and an amplifier, so you can kick out the jams as you walk down the street. The only thing better would be if that big black patch were a subwoofer. Of course, that might shatter your vertebrae if you turned up the volume too much.

Saaranen’s concept design has gotten as far as a functional prototype at this point, but he hasn’t revealed if he’ll ever have them produced en masse. In the mean time, if you happen to be in Berlin, Germany (where Joonas currently resides) and hear someone coming down the street wearing this bad boy, offer up the mad props he deserves.