While it might not be the most convenient USB drive to carry around in your pocket, this bomb-shaped memory device is sure to draw stares sitting on your desk. 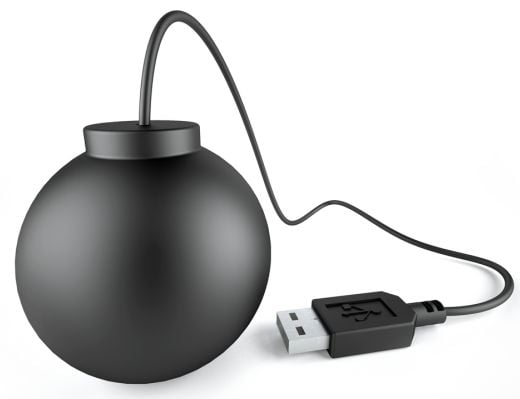 Designed by Mexico City industrial designer Joel Escalona, the USB bomb should keep your data safe, since its design is likely to deter to anybody who might have thoughts of stealing it, lest they might get blown to smithereens. The device looks like one of those bombs that Wile E. Coyote might have purchased from the ACME catalog, or maybe from those old Spy vs. Spy cartoons in MAD magazine.

As an added bonus, it’s big enough to house either a ton of flash memory or a hard drive, given its oversize design. At this point, it’s still just a prototype, but I’d certainly buy one.