I’m as addicted to Rock Band as the next gaming geek, but I still wish the strum bar on the game’s Fender Stratocaster felt more like a real guitar string. Now you get your hands on a mod kit which will let you swap out the plastic strum bar with an actual metal guitar string. 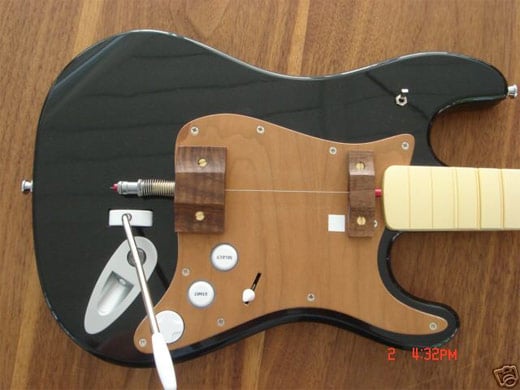 Originally a one-of-a-kind guitar mod designed by a guy going by the name A4AJ, it’s now available as a (patent-pending) kit you can install on your own guitar.

The kit includes everything you need to swap out the plastic bar with a playable string, special strum switch, along with several metal strings, springs and even a Fender guitar pick. Yep, with this mod in place and the tension cranked up, you can play the guitar with a pick! 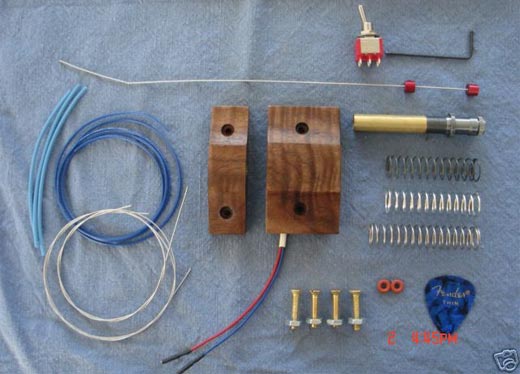 Keep in mind that the kit does not include the guitar or the wood backboard, and requires that you perform some fairly significant surgery (Dremel, drilling and soldering) on your stock Stratocaster — obviously voiding your warranty.

The kit works with the PS2, PS3 or Xbox 360 versions of the guitar and is currently up for auction on eBay with a starting bid of $75. At this point A4AJ hasn’t geared up production on the kit, so you’ll have to have the top bid if you want this one.