A while back, I reported on James Clar’s cool 3D cubes which could display images using a grid of about 1000 LEDs connected to a computerized controller. While Clar’s cubes are simply amazing, they can only display monochrome images. Now, a company in China has taken the same concept and created a multi-color version. 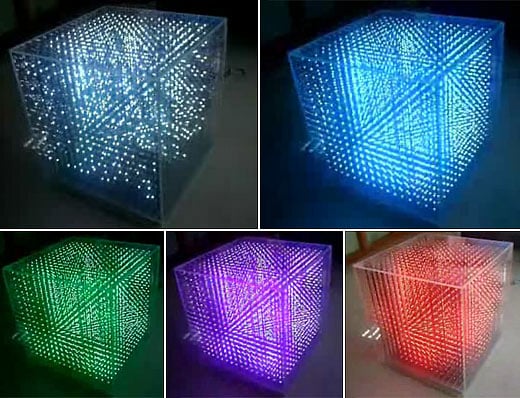 The system is capable of displaying animations at up to 30 frames per second and each dot can be individually addressed for both color and intensity.

Now that the prototype is complete, Seekway is gearing up to produce versions with grids as large as 48x48x48, which will require more than 110,000 LEDs. Wow.