Swashbot 3 is a Crabby Homemade Robot

SwashBot 3 is one crabby lookin’ robot- but most impressively he is 100% homemade. For a scrappy little fellow, he’s got some impressive moves. 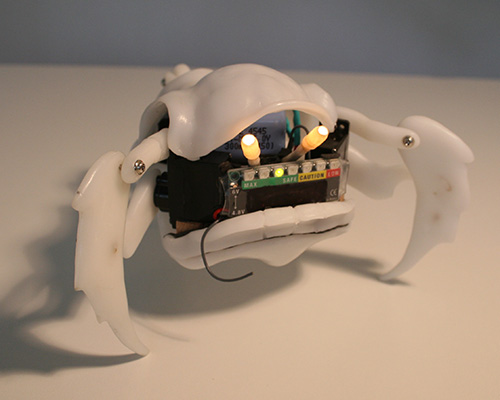 SwashBot 3 is the latest RC robot in the SwashBot series, following the cute and crabby SwashBot 1 and the more impersonal, wooden SwashBot 2. 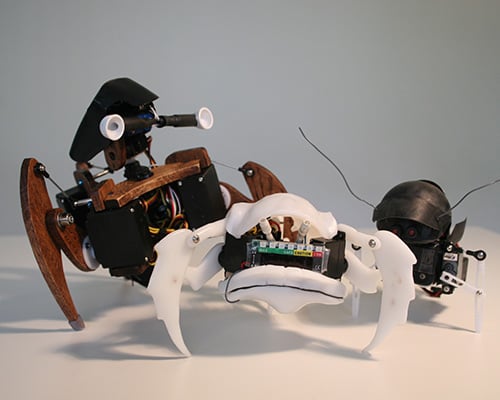 Creator Crabfu, who is also an artist and animator, created SwashBot 3 to be a robotically delicious blend of cuddly, clever, and crabtastic. SwashBot 3’s body is made out of neat moldable plastic pellets called ShapeLock and he has movable LED eyes. He is controlled by a ridiculously large remote control (straight from the Star Trek prop closet) that can move his body and eyes in different directions.

He can’t cook or anything like some other robots I know, but he’s still really cool – especially for that teeny tiny contingent of folks (like myself) who are San Francisco Giants fans of a certain era and remember the much loved/much maligned Crazy Crab. Best. Mascot. Ever.