The venerable Commodore 64 is well known among the electronic music community as a synthesizer modder’s dream machine thanks to its robust SID audio chipset. But most of the mods I’ve seen end up looking just like an old C64 and all the cool stuff is going on under the hood. So when I came across this mod, all those glowy knobs and buttons got me really excited. 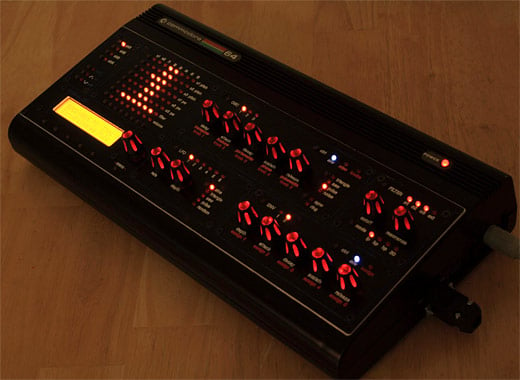 Modder subatomicglue’s MidiboxSID may have started life as a C64, but now it’s nearly unrecognizable thanks to a serious synth rehab. I especially love the backlit reddish-orange potentiometers and LED illumination throughout the box, making this retro synth perfect for cranking out beeps and blips out in a darkened nightclub or concert gig. 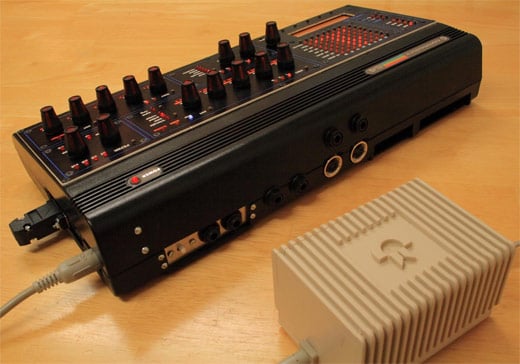 This isn’t any old stock C64 either. Subatomicglue embedded 8 SID chips under the covers of this puppy, which lets it generate 4 stereo pairs of sound, and 4 synthesizer “voices” at the same time. The controls expose plenty of flexibility to tune and tweak every nuance of the system’s 8-bit chip sounds, and of course, it can be MIDI controlled for sequencing purposes. 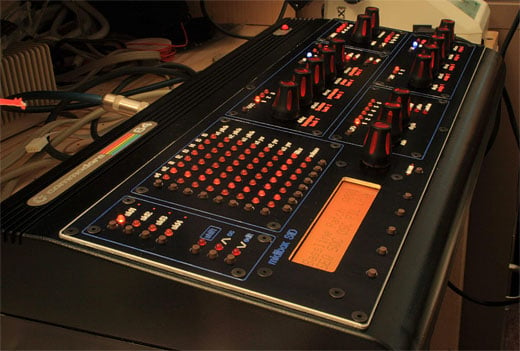 The cool thing is that the specs for building Midibox SID are available for anyone cares to make one for themselves. As a matter of fact, the one featured in this article is based on a reference design by Midibox SID originator “TK” (Thorsten Klose). Here’s a video of TK’s original in action.

Check out the full worklog to see how it all came together, and learn about building your own C64 Midibox here.