Energuy Wants You to Take His Hand

Harvest Moon video games teach us that a Mythic Hammer can destroy all visible rocks on the screen. And also that being a farmer is no joke, but in the end country life isn’t bad at all. Quebec-based Agence de l’efficacité énergétique, on the other hand, knows that we urban people enjoy all sorts of good stuff like instant noodles and acid rain, but at the same time we often neglect the environment and do wasteful things, like driving a car or taking a bath. So aside from offering energy saving tips and services, the AEE’s website also features a flash-based energy saving game called Energuy: the game.

The goal of the game is to help energuy – who is lazy but also possibly wasted or narcoleptic – save energy in his house. Basically, you click on stuff that are either energy-saving alternatives or areas where energy-saving modification is needed while a disembodied hand drags energuy to where you’re pointing. 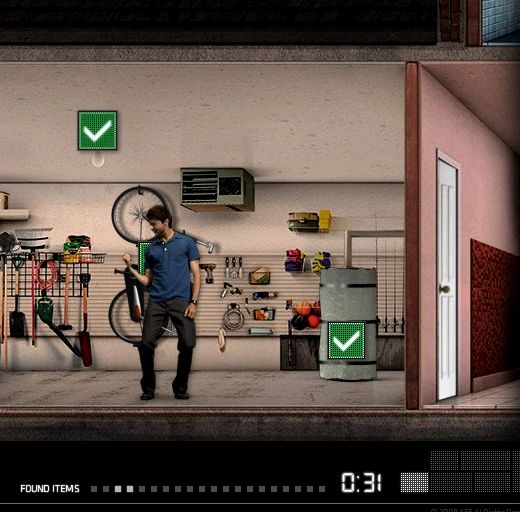 As you can see, each time you click on something right, energuy suddenly becomes energized and celebrates quite intensely, even if you just pointed out where his bike is. Clear the level and you can move to another area of his house. I think. I didn’t finish the first level; I felt like I was wasting electricity.