Is that a Wii-mote in your pocket, or are you just glad to see me? That’s the question your friends will be asking when you pop these mini Wii controller keychains into your pants. 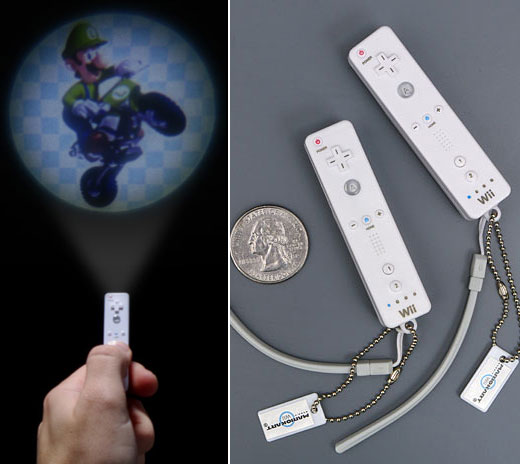 These weensy Wii-motes (just 2.25″ tall) don’t just look cool. They each project a cartoon image from Mario Kart on your when you jam on the “1” button.

In addition to Mario, there are versions with Luigi, Wario, Princess Peach, Yoshi and Baby Mario. If you collect all six, you could project an illuminated Mario Kart puppet show on your wall. How cool would that be?

These unique collectibles are officially licensed by Nintendo, and available in limited quantities over at ThinkGeek for just $5.99 each.