While it certainly isn’t the most sophisticated robot out there, this kit from Japan is possibly the least expensive bipedal robot I’ve seen. 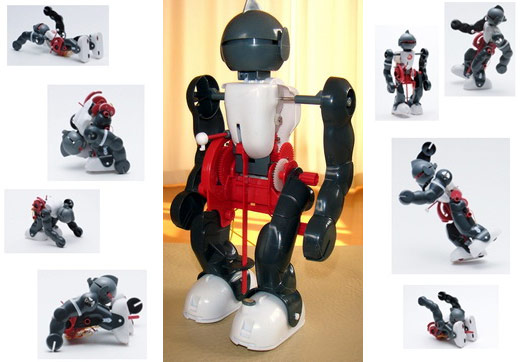 The Co-Robot keeps it on the cheap by using just a single motor and a wobbly gear-drive system to help it amble along. Now don’t expect the type of smooth walking moves of Honda’s ASIMO here. This little guy hobbles along in a manic frenzy that’s sort of like Peter Boyle in Young Frankenstein on crank (or maybe Michael Flatley: Lord of the Dance at normal speed). On the plus side, simple mechanical sensors can detect when Co-Robot falls over, so he can pick himself up from his (all too frequent) falls.

The robot has three modes of operation: walking, dancing and somersaulting (also known as stumbling, thrashing and falling down). While the instructions for building Co-Robot are in Japanese, it’ looks like it would be simple enough to put together from the visual diagrams in the manual. 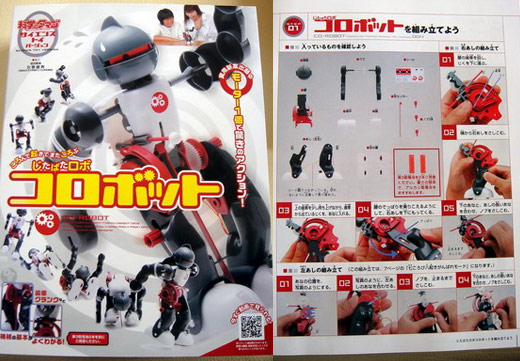 Still, if you’re looking for a fun way to introduce your kids (or yourself) to robotics, and don’t want to break the bank, you might want to check out Co-Robot. Originally available only in Japan, the guys over at the MakerSHED have imported a batch, and are selling them for $29.95 (USD) a pop.