Remember the achievement unlocked: left the house shirt? Someone has found a cheat for that achievement: he or she stuffed 2 Xbox 360s, 2 projectors and 2 flat screen monitors inside a Suzuki. One of the two 360s appears to be embedded into the car’s dash.Why? Why not? 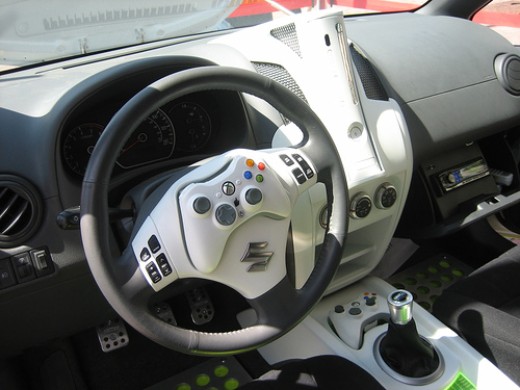 The car was modded for the Game U College Tour, in which thousands of university students from all over the United States gathered around the car and realized that only four people could play at the same time. 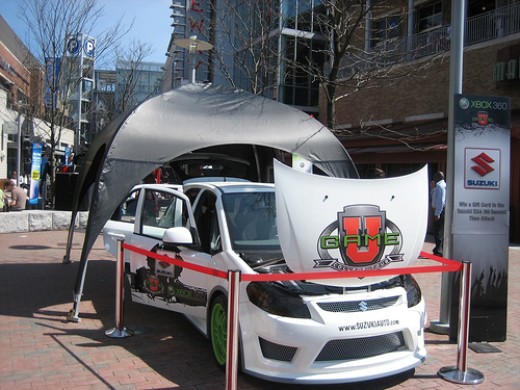 The pics are courtesy of DogfromSPACE, who also has pictures of Ghostbuster’s proton packs on his Flickr site. Sweet.