Final Fantasy Gets Wild, Wacky With the Crystal Bearers

There’s a lot going on in the Final Fantasy franchise lately. Whatever your preference, you can get it: retro remakes on the DS, retro originals on the Game Boy (in the past few years, at least), and the epic forthcoming Final Fantasy XIII. If you want something intense and portable, you can look to the PSP’s gorgeous offerings; if you want a little more adventure, try Final Fantasy Crystal Chronicles, and if you want cute? There’s always Final Fantasy Fables and Chocobo games. And now, there’s just plain crazy with The Crystal Bearers. 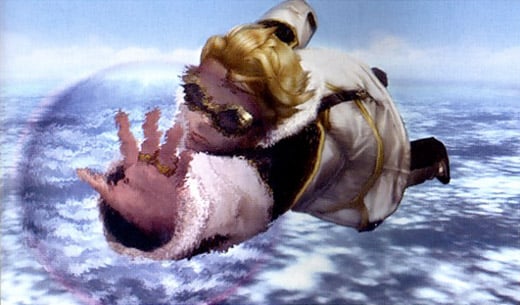 Final Fantasy Crystal Chronicles: The Crystal Bearers has a rocky history. The Wii game was first announced almost four years ago and in that time, we’ve seen only a few images and tiny scraps of footage. It was obvious that this was something different, however; a bigger, grander Final Fantasy with more action, more camp, and more fun–not that the series has ever lacked for fun.

But the game disappeared, and we didn’t hear anything new. Rumors of cancellation plagued the project until finally it was announced that a trailer would be packaged with Final Fantasy Crystal Chronicles: Echoes of Time, and that time is now.

The Crystal Bearers is Final Fantasy amplified, even down to the giant versions of familiar enemies. The music is as good as ever, and memorable, but everything about this trailer, including that music, is touched with a sense of pure, silly fun. The Crystal Bearers looks like a grand and epic adventure, deserving of the Final Fantasy brand, but it’s a whole new take on the series.