Pair of Portal Ponies Pops Up

Just when you thought it was safe to surf the Internet again without running into custom Portal gear working to lure you back into your addiction to Valve’s hit game, the fandom rush has returned in pony form. My Little Pony form, that is. Ah, when two fandoms collide! 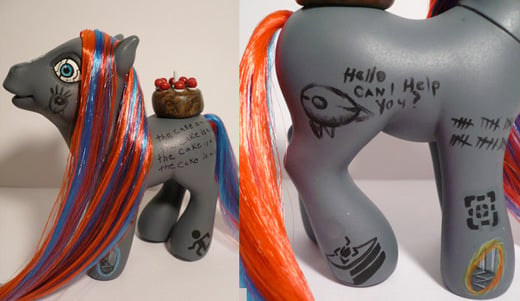 The My Little Ponies have enjoyed a wacky resurgence in the past several years, and that’s partially due to the custom ponies fad. As the above demonstrates, pony artists change hair, repaint eyes, and customize the pony’s body as well, and as with so many other crafts, video games are a popular theme.

That said, it’s still unusual to see not one, but two new Portal ponies this week! 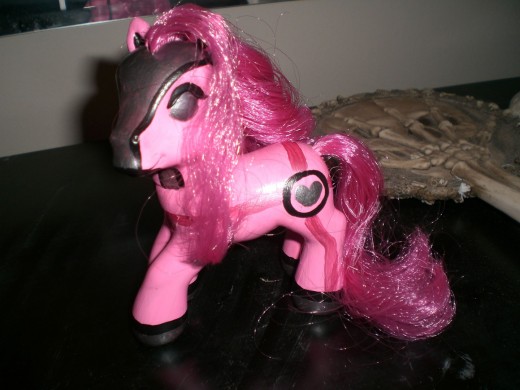 While the first pony sprang from a more general inspiration with the game, this second is a clear homage to the Weighted Companion Cube, which I guess makes it the Weighted Companion Pony. Of course, the first one has the infamous cake (or does it?), so it would be a clear winner if we were talking about a pony vs. pony deathmatch of custom pony goodness. But since we’re not, you can enjoy them both.