At last! An EBOTDTM in your hands! In you’re barbarians’ hands! You want to test it out but it’s 3 am, and you’ve been grinding far longer than a techno DJ’s set. Should you walk away from your PC and crawl to bed? Hell No! Grab a can of Red Bull? No! You’re not a jock. Stick to your stereotype and chug on some Health Energy Potions! 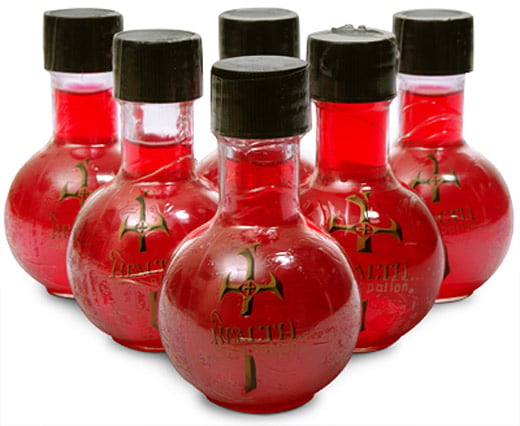 Each 1.69 oz potion contains 160mg of bittergrain essence – Deckard Cain says it’s also known as “caffeine” – four times the amount found in plain old coffee. It also has other ingredients such as Elderberry, Ginseng, Biotin and Folic Acid that are sure to bestow minor/imaginary status effects. If it’s Mana you’re after, then drink the Mana Energy Potion: it’s made of exactly the same stuff, except that it’s blue. Magical. 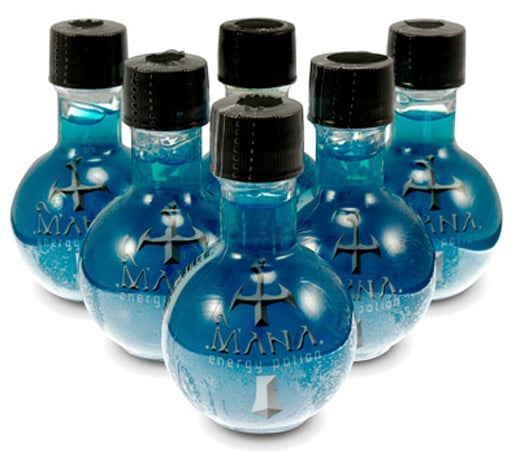 But since you’re the one who’s going to benefit from these and not your character, you also have to shell out real money: a six-pack of these potions cost $19.99. Drink up and mow down some cows.

But if you think about it, these things really should be packaged as stamina potions, because they don’t really revitalize you. And you don’t have any mana to begin with. No really dude you don’t. Go to bed.