Zombie Mario Must have Run Out of Extra Lives

Mario is a popular guy, and he shows up on a lot of t-shirts and other wearables, but I think this is the first time I’ve seen him in zombie form on a shirt. If it wasn’t for the visible bits of brains, I might have just thought he’d had a particularly rough day in the Mushroom Kingdom. 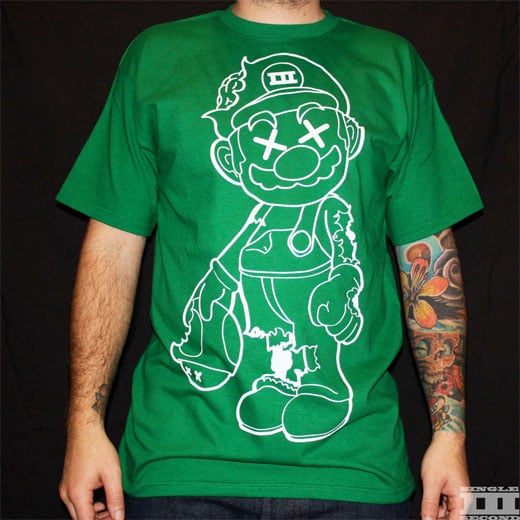 The Zombario shirt is available from Single Second for $16. Tattoo probably not included.