Got $200 bucks to spend on a really cool keyboard? You could pick up one of those Luxeed rainbow LED keyboards, but that’s would be so 2008 of you. If you really want to be the cool kid on the block, you need one of these new Logitech G19 keyboards, which features a built-in color LCD screen and LED backlighting. 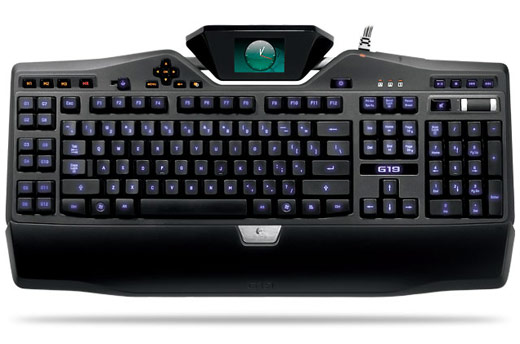 The G19 has a little LCD display at the top of the keyboard which can display anything from on-screen widgets to videos to game stats for games that take advantage of the screen. The tiny screen offers a crisp 320 x 240 resolution, and can be tilted to the angle of your preference. 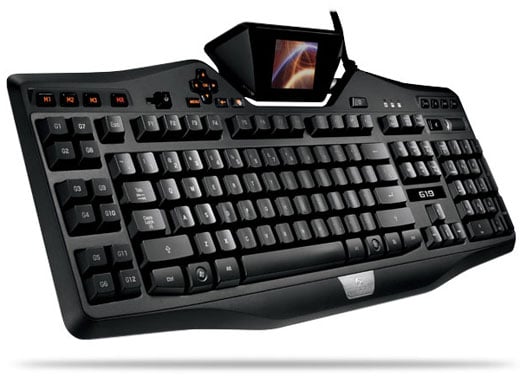 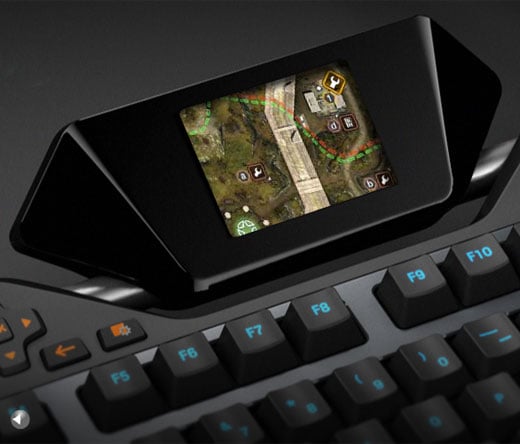 Built from the ground up for serious gamers, the Logitech G19, has a dozen programmable gaming keys each of which can store three easily selectable macros, and there’s a real-time recording key you can hit when you want to make new macros. There’s also the ability to lock out the Windows and context menu keys during gameplay so you never make that mistake again. There’s even a multi-key input feature that lets you press up to five keys simultaneously for pulling off really complex combos. 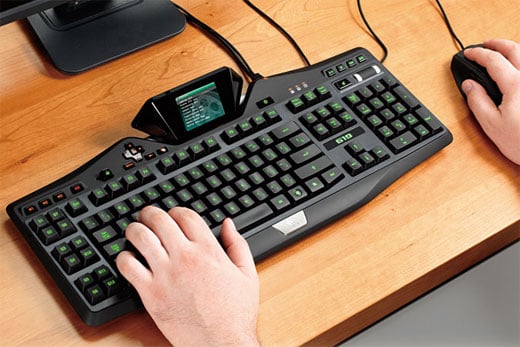 I also dig the fact that you can customize the LED backlighting to a color of your choice (although not on a key-by-key basis like the Luxeed I’ve currently got on my desk).

. It’s expected to start shipping later this Spring. I can’t wait to get my hands on one of these bad boys.