Chief Happiness Officer (nice!) Alexander Kjerulf received a business card from a friend. But since his friend worked at LEGO, this is what she handed to him: 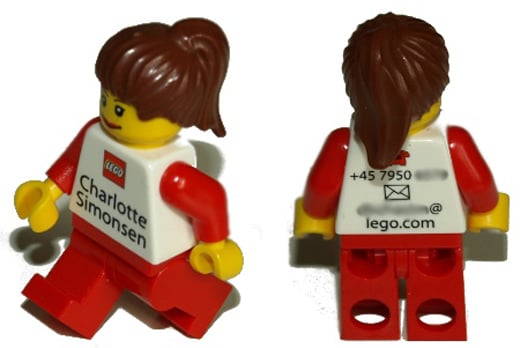 Alexander adds that LEGO tries to match the appearance of the employee with the minifig. But you’re not going to get a minifig if you’re a lowly LEGO worker; the business minifigs are only for executive officers and PR people. If you’re an avid LEGO/minifig collector, then I suggest you befriend – or hunt down – all the LEGO suits so you can have a real unique collection. Then you can stage epic LEGO battles, like Darth Vader versus LEGO’s VP for Marketing.