Seller lim-handek is one of the lucky winners of a Pepsi-Cola contest, scoring an Xbox 360 Elite with the Pepsi Max logo and blue flames, and now she’s/he’s auctioning it off on eBay.  Only 60 of these 360s were made, and out of that 60 this is the only one that hasn’t been sent for repairs. Yet. Kidding. 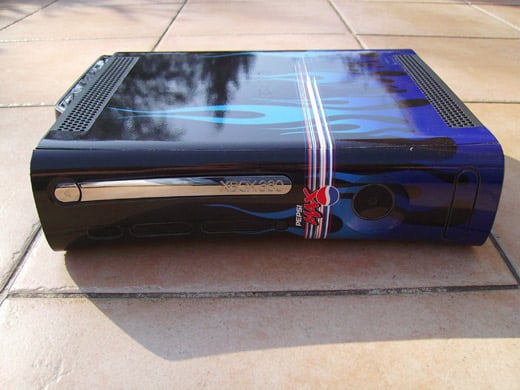 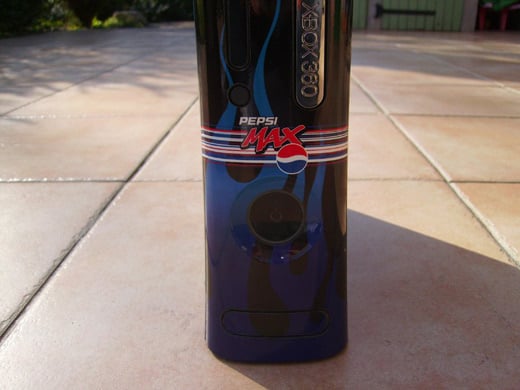 …Structure Kit with Slide from U-bild Play. What? Slides are fun too. 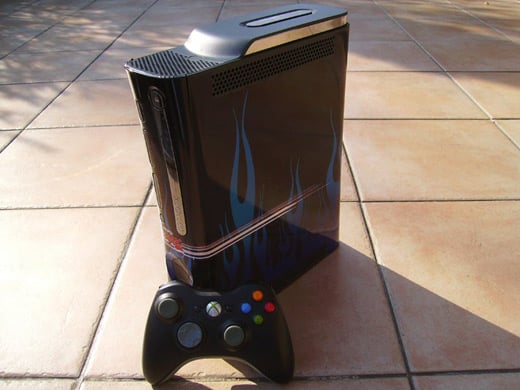 There is a very small scratch on the side of the console, but it’s so small that lim-handek had to point it out with a red circle on the pic. lim-handek’s feedback is 100%, and to show you just how awfully nice he can be, he’s bundled a couple of games with the console: Saints Row 2 and this game called Great… Thick… Alto 4? Grand Theft AIG 4? I don’t know. 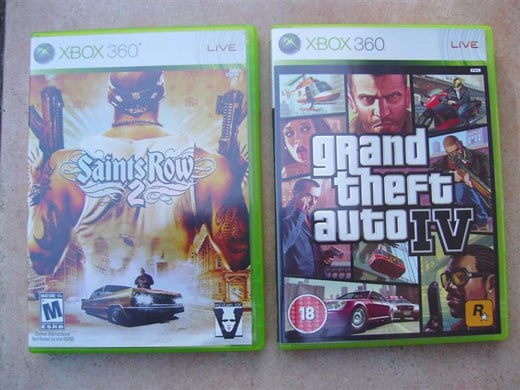 So if you’ve been planning to buy an Xbox 360, you could do a lot worse than this; as I’m writing this there’s only one bidder on this baby so get a move on. The auction ends on the 5th of April.