Rock Band Unplugged for the Psp Leaked on Torrent Sites

This is a development that I became aware of after conducting thorough research – namely, hearing about it from a friend and then Googling it. 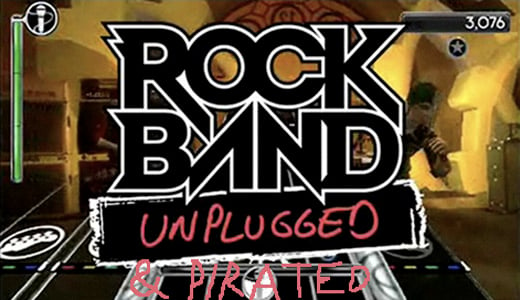 However, a number of people are reporting that the game – or at least the one they downloaded illegally – wipes out the GAME folder on their PSP once they exit the game or turn off the system. A lot of minor issues are also being reported by the digital pirates, such as their system hanging or other songs refusing to load. Still, the game has been downloaded more than 13,000 times, and that’s just a metric from one torrent site.

PSP owners who want to do things the right way – I know you’re out there somewhere –  can pre-order the game here for $40 USD.