Rio LED Shower Head Lights Up Your Bath Like a Disco

Looking to make a real impression the next time you have guests over? This over-the-top LED shower head will definitely get their attention when they go to hop in the shower. 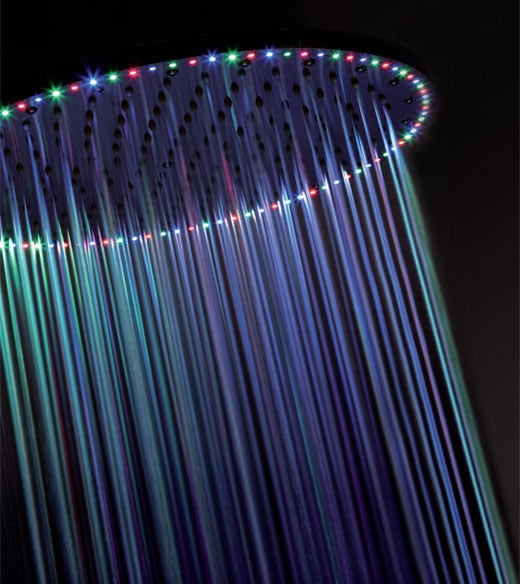 Crosswater’s RIO shower head is loaded with 96 computer-controlled LEDs in red, green and blue clusters so they can be mixed to create just about any color in the spectrum. Each one is focused to illuminate a powerful stream of water coming out of the 15-inch diameter shower head’s hundreds of needle-thin jets. 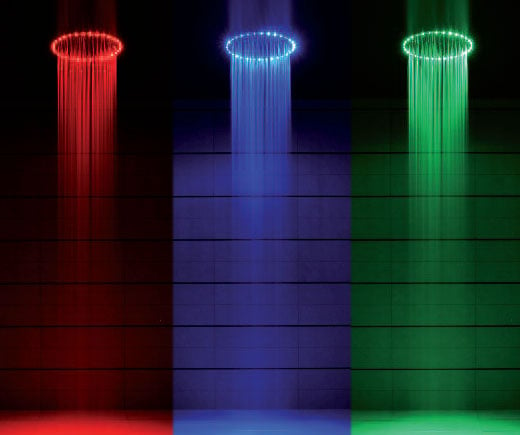 Now while this thing looks really cool, and I’d love to take a shower under one of these, I think I’ll have to pass for now. You see, the RIO retails for the insane price of £2799 (about $4454 USD). I could probably get a entire bathroom gut-remodeled for that much coin.

If you’d rather keep that money you’ve been saving for junior’s college fund, you could always grab this slightly less refined LED shower head over at ThinkGeek