Digital Trends have reviewed Panasonic’s DMP-B15, The world’s first portable Blu-ray player. So is it worth the $800 USD price tag? Well, the player does get a 7 (out of 10 I guess), but after reading the review my short answer has to be NO. 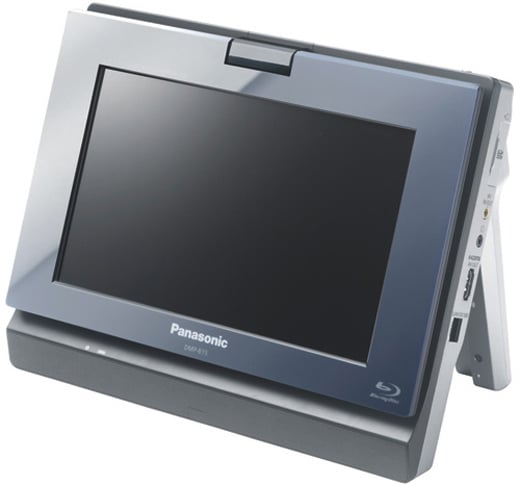 I’m not saying that Digital Trends’ review was biased or anything. From a technical standpoint, the DMP-B15 deserves a 7 because it’s so versatile. You can connect it via HDMI cable to an HDTV and use it as a conventional Blu-ray player. It also has VIERA CAST functionality, Panasonic’s web video service that allows access to sites like YouTube and Amazon’s Video-on-Demand, as well as for downloading firmware updates or BD-Live content. The DMP-B15 also has an SD card slot and an AV input, so it’s still useful even if you don’t have a Blu-ray disc on hand. 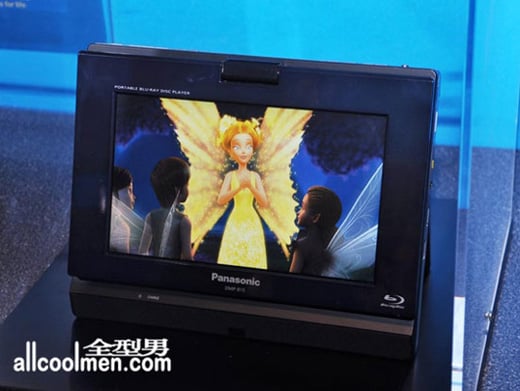 Unfortunately, nearly all of those functions are hampered in one way or another. First of all, the 8.9-inch, 1024 x 600 screen kind of defeats the purpose of Blu-ray media because it can’t really handle HD content. Second, the DMP-B15 can only go online via… Ethernet *groan*. No Wi-Fi. Third – and I’m not sure about this but still – Digital Trends only mentioned support for MPEG-2 and AVHCD playback from SD cards. Fourth, the battery’s only good for 3 hours. 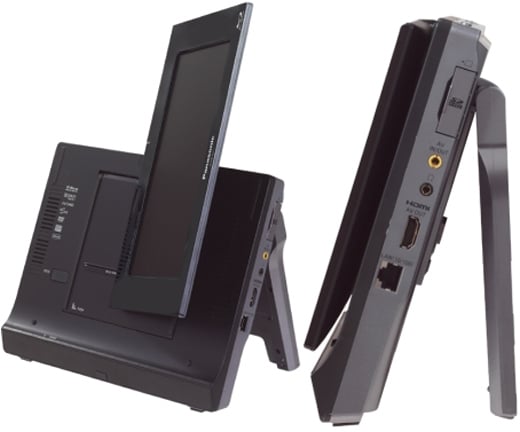 So what would make you spend $800 dollars for this jack-of-all-trades? I guess the only reason is just so you can say that you have the world’s first portable Blu-ray player. Actually I don’t even believe that claim, because we already have portable Blu-ray players: Blu-ray capable laptops. And wouldn’t you know it, at least one of those laptops sells for just $700 USD! Yes, something that’s way way way more versatile, has WiFi, and can play all kinds of shit costs $100 less than the DMP-B15.

But hey, it’s your money. You can get the DMP-B15 at Amazon