The Ace Attorney series has become a cult favorite among Nintendo DS fans, so I’m sure plenty of people are pleased to see that the most attractive special edition DSi yet is branded to match the series’ spin-off, starring prosecuting attorney Miles Edgeworth. 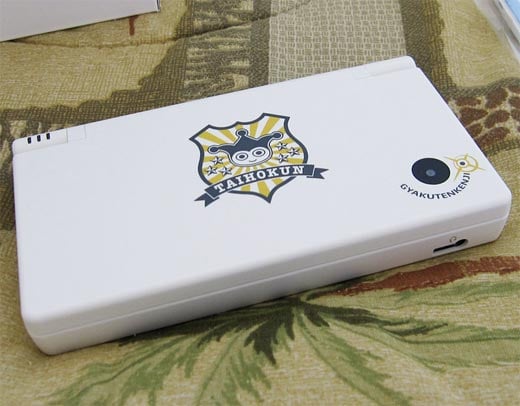 Ace Attorney Investigations: Miles Edgeworth (known in Japan as Gyakuten Kenji) isn’t due out here until early next year, but the game was released last month in Japan with solid opening sales… and this beautiful DSi.

And now, folks, that limited edition system is available for easy import at Play-Asia, if, that is, you feel like dropping $299 on the imported system. True, with one of these babies in hand, no one will question you when you yell, “Objection!” or pepper your speech with the word “turnabout,” but that’s a steep price to pay for the envy of your friends and neighbors.