I was digging around the deep recesses of Flickr earlier today, when I came across a picture of what could be one of the greatest video game console oddities of all time. 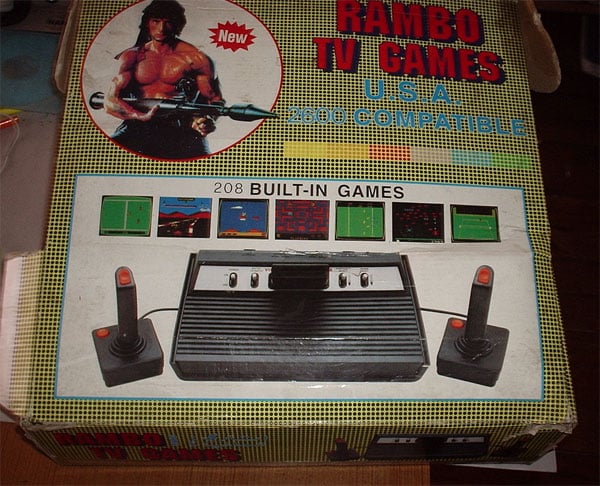 Apparently, this Rambo TV Game console came out at some point back in the 1990s. It’s a serious doppelganger for the Atari 2600, and actually claims to have had 208 built-in games. Despite the “2600 compatible” labeling, the photos on the box make me think this was one of those cheap NES/Famicom clone systems from China. And check out those joysticks… 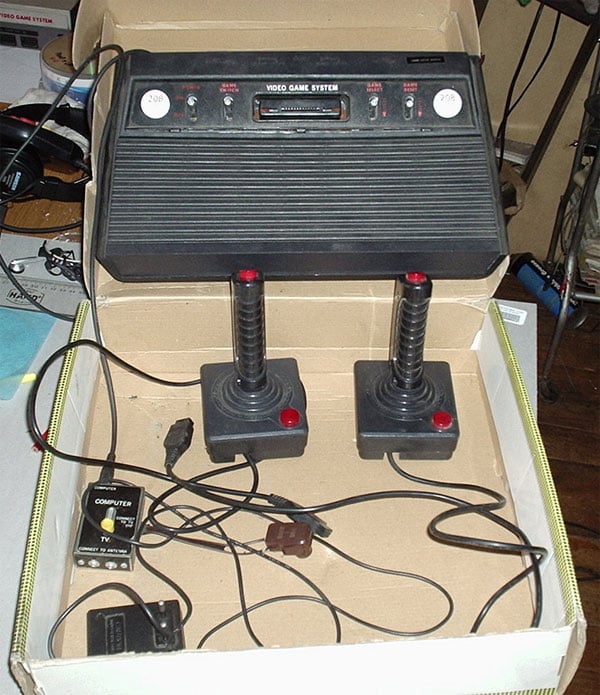 While I certainly don’t remember this system, I did manage to find a brief mention of the Rambo TV console over on the Ultimate Console Database – and the version they show has 2,001 built-in games. 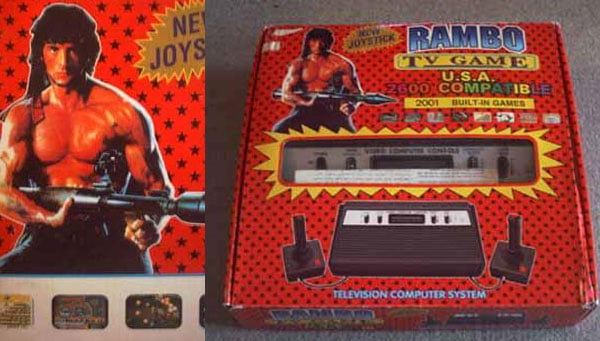 And the one in this YouTube video claims to have a whopping 11,555 built-in games! Of course, they neglected to mention that 11,554 of them suck, and the final one is a knock-off of  E.T.: the Extra-Terrestrial.

There’s not much more to say about this rarity, except that anything that combines an Atari 2600 and Sly Stallone is okay in my book.